I’ve been looking at cryptocurrencies casually for years. The potential of a limited currency, which cannot be managed by politics and the central bank, was already clear to me at that time. But not this overwhelming dimension that we have reached in the meantime. Reason enough to at least look at the mechanisms of the largest cryptocurrency. After all, they are the reason for my assumption that Bitcoin (BTC) is the largest (and admittedly the most ingenious) snowball system in the world.

This assumption existed years ago. In the following text I will give you a short summary:

It should be noted that this text is only my personal opinion.

What exactly is the „big thought“ behind Bitcoin? The question can be answered easily. Bitcoin is intended to enable extremely fast payment processing. Payment transactions should be simple, secure and fast – just like sending an email. So far so good. How exactly is this situation being achieved?

The big advantage of Bitcoin compared to the bank money is the speed of the payment processes and the scarcity of its quantity. A maximum of 21 million will be created. As mentioned above, a payment process can be completed in seconds. To verify this payment process, however, you have to carry out calculations. These are calculated decentrally by many computers. They receive BTC as payment for the calculations. This is where the term „mining“ comes into play.

In summary, it can be said that Bitcoin can be used to transfer monetary units. To secure these transactions, computing capacity is required. These are also paid for, but also in Bitcoin. It is therefore a self-contained system. The first clue to a snowball system can be seen here.

Bitcoin Mining – Is it really still a „hobby“ for everyone?

Let’s get back to the topic of mining. In the early days of bitcoin technology, there were a few „nerds“ that calculated bitcoin and paid for it in Bitcoin. At this point, no one suspected what potential lies in this cryptocurrency. Everyone was free to participate in the creation of new Bitcoins. Gradually, more and more people were interested and created new Bitcoins by providing their computer capacities.

But why did this rise of the cryptocurrency come about? To review this, you have to classify the „invention“ of Bitcoin chronologically. Bitcoins were first described in 2008. 2008? Yes, the financial crisis was in full swing and raging over the planet. From the psychological perspective, there could not be a better time to create a „currency“ that is limited in its totality (to 21 million, we remember). The concept was therefore contemporary and fell on fertile ground. By this time, at the latest, when the central banks of this planet loosened the purse strings, the idea began to be more and more appealing.

Since the initial hurdle for the creation of Bitcoin was still very small, more and more people were interested in mining. The Bitcoin course climbed slowly and was very volatile. However, since the computing capacity was not very important at that time, the miners did not pay as much attention to the value of the „payment“ in Bitcoin. Yet the critical point was reached soon.

How Bitcoin became a Ponzi sheme

In the course of time, there was a critical point in the system. This was achieved by purchasing with „real money“ outside the system. For the first time, acceptance and imagination (although still low) inspired Bitcoin in an area that made mining very attractive in monetary terms. What exactly would you as a computer freak do to get a bigger part of the cake? Right, you would upgrade your computer to get a bigger share of the Bitcoin cake. And that is exactly what happened then. The nerds and the first „profiteers“ upgraded their computers. The more processing power (in relation to BTC we speak of the „hash rate“) a computer had, the more bitcoin it was able to get.

At this point, a cycle is emerging that brings us to the present day, where Bitcoin has long since exceeded the USD 3,000 mark because computing power can be upgraded for quite a long time. And exactly this race for more and more performance and with it a hash rate took place now. But it’s just that arms race costs money. In the beginning it was just a better computer. Later, it was found out that graphics cards are even better suited to increase the hash rate. So they upgraded the top graphics cards. At one or the other share price, you can see this development quite clearly.

However, the operation of graphics cards also consumes a lot of electricity. At this point, mining has now shifted from the hobby of the nerds to an industry. But all this is only possible if the Bitcoin course increases! The development has not stopped here yet. There were vendors that put graphic cards together in blocks to increase the hash rate. At the end of this development, there are computers that are only used for mining purposes. These consume enormous amounts of electricity and the purchase costs thousands of Euros.

All of this is only possible because the Bitcoin course continues to grow. A whole industry has emerged because a few bits and bytes are so valuable. There are even „mining pools“ which do nothing more than calculate bitcoin. Bitcoin has now achieved a real impact on the economy. For example, the power consumption of the mining technology of Ethereum shall meanwhile be as high as the power consumption of whole Cyprus. The technology that is only purchased for mining goes into the millions. An interesting condition…

Bitcoin is a Ponzi sheme

Dear readers, I’m myself a a noob when it comes to new technologies to remain in the „nerd language“. I don’t even have the slightest idea of the technology behind the cryptocurrencies. But I have a sound human understanding. All the circumstances I have already described above point to one thing above all else for me: If an industry is created for a virtual product that has no intrinsic value in itself (as it is still not regulated money), then you have to be careful latest at the point where so-called „mining pools“ appear. Why? Because the calculation processes should not be decentralized without reason.

If ever a mining pool provides more than 50% of the computer capacity, the technology behind Bitcoin could theoretically fail. This could result in “air bookings” that would not no longer be recognized as such. Voluntary confessions of these pools never to exceed 50% would not be enough for me. This topic would come up at the latest with a dramatic plunge in Bitcoin. After all, new investments in technology would be unattractive and the cost of electricity would force many miners to switch off. A healthy system looks different to me.

Conclusion on the ultimate Ponzi sheme

Theoretically, the Bitcoin course can theoretically continue to rise for some time. After all, a spiral has been set in motion that has actually reached the national economy. The investments in the calculation processes are a good „price support“. Electricity costs must also be „earned“. Despite all this, the inventor (or the inventors – you don’t know it until today) has consciously or unconsciously created an ingenious Ponzi sheme with enormous potential. So enormous that even the real world is now affected by the hype. Whether this development is good or bad remains to be seen. The gigantic computing capacities that have been created are also providing new developments in this field and are driving other areas of the economy forward.

I would therefore like to conclude with the following sentence:

Have a nice day. You will find the further development of the crypto currencies and other topics – as usual – in the analyses section. 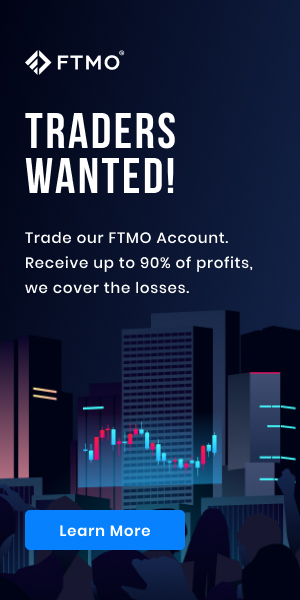